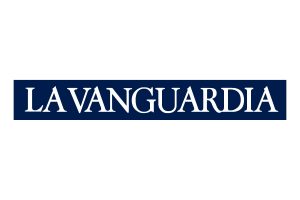 Messi, sentenced to 21 months in prison

The Court of Barcelona has sentenced the star Barcelona youth player Leo Messi and his father Jorge Horacio Messi, to 21 months in prison for three tax offenses. The court has imposed a penalty of 7 months in prison for each fraud to the public finances committed in the years 2007, 2008 and 2009. In addition, each will pay a fine of 2,093,000 euros. The court has proven that Messi and his progenitor intended to defraud 4.1 million euros to the tax authorities with the creation of several corporate plots based in tax havens and jurisdictions of convenience.

The soccer player of Barça should not enter prison because the penalty is less than two years and can ask the court to be suspended from prison in exchange for an economic fine.

The eighth section of the Court of Barcelona has not attended the explanations given Leo Messi court. The Barcelona home grown player explained that he was not aware of the negotiations on the taxation of their image rights, a task that dealt exclusively with his father, Jorge Messi. That was the main argument that Leo Messi’s defence lawyers, led by Supreme Court justice Enrique Bacigalupo, sought to obtain the exculpation.

The State Attorney (institution that presides over the ex-director of Real Madrid Marta Silva), representing Finance, was the only party that accused him

Ignorance does not exempt you from responsibility

However, the room understands that ignorance of Leo does not relieve you of your responsibility and indicates that the player remained in ignorance deliberately. “Messi decided at least since January 2006 when he ratified a contract with a notary, remain in ignorance over time, staying in the will not to access information that may be relevant,” says the court. He uses the sentence to send a message to society that you cannot look away when you are breaking the law. “Anyone who has tried to avoid the norm, in any way, cannot benefit from them, and impunity in those cases is addressed to citizens the message that it is preferable to refrain from worrying,” say the judges.

The court justified this end by recalling that in the statements of income in 2007 and 2008 to Messi “I went back”. Therefore, he considers that the player was not exempt “to understand how disproportionate that, despite the income received, the income statement would come to return.”

The father, the necessary co-operator

Meanwhile, the father of the player Jorge Messi told the court he did not have enough knowledge on taxation to orchestrate a plot to defraud which was developed and has laid the responsibility for tax consultants he hired. The court instead considers him the “necessary co-operator” of the fraud committed by his son. “It contributed with decisive acts for the execution of the plan that was forged over time,” he said.

Leo Messi sat on the dock at the request of the State Bar (institution chairs the ex-directors of Real Madrid Marta Silva) on behalf of the Treasury who was the only part that accused him. He asked for him and his father a penalty of 21 months in prison, which has finally been imposed. The prosecution exonerated Leo Messi of the fraud by arguing that he had no knowledge of how to fabricate such a framework in tax havens.

The sentence highlights the seriousness and the significance of the fraud committed since they exceed €600,000 as an amount defrauded in the three years. For this reason, Messi and his father could have faced up to 6 years in prison, but the court has applied the attenuation for having “satisfied the debt contracted with the Treasury.”

The judgment is not final and an appeal can be made to the Supreme Court.

FC Barcelona has expressed its full support for Leo Messi and his father in relation to the conviction for tax fraud and through a statement considers that “the player, who has already regularized his situation before the Spanish Tax Agency, does not have any type of Criminal liability in relation to the facts that are the subject of this proceeding. FC Barcelona remains at the disposal of Leo Messi and his family to support him in all those initiatives he decides to undertake in defence of his honour and his legitimate interests, “the statement said.